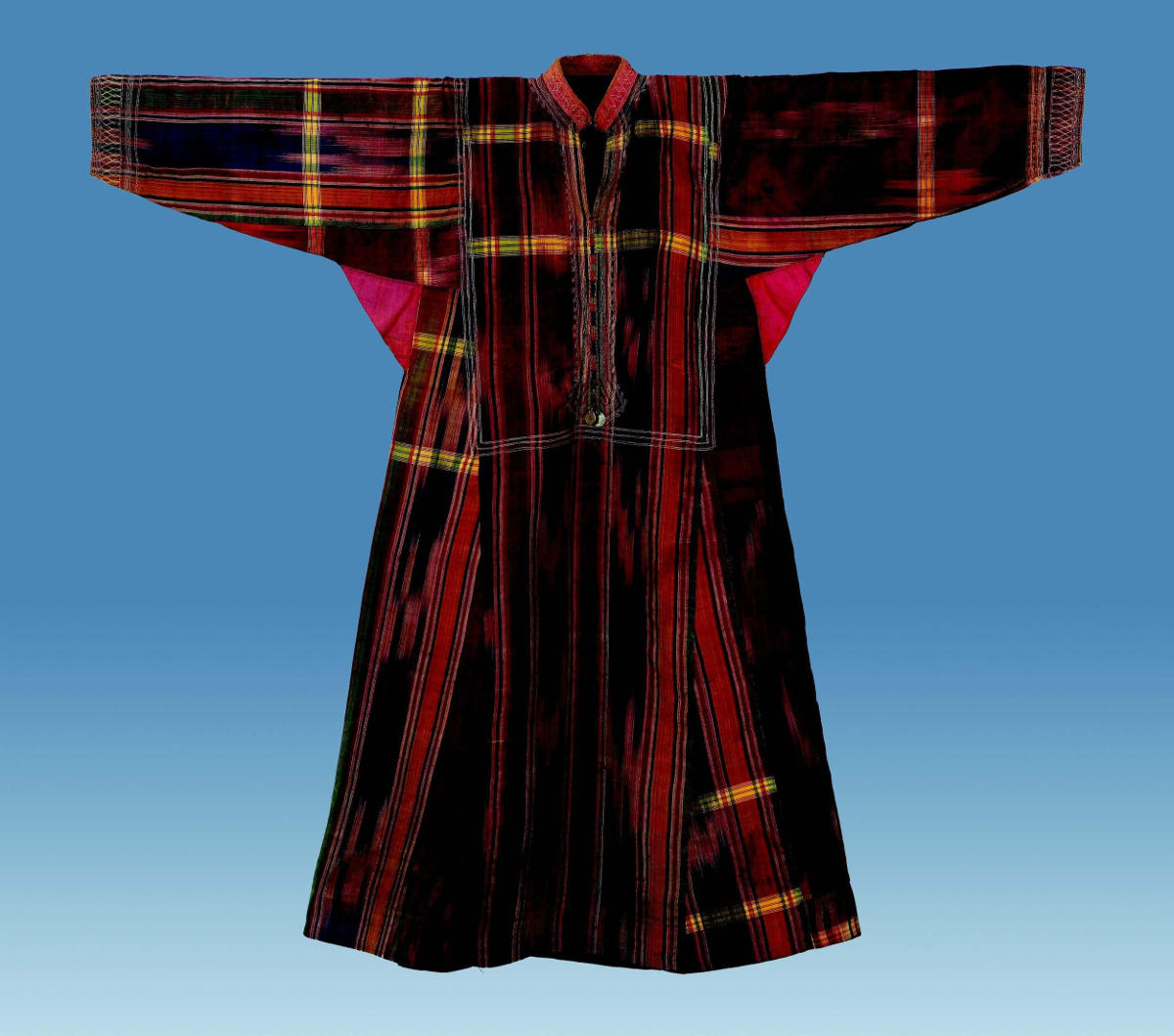 This colorful woman’s caftan from Turkestan, in Central Asia on the northeast border of Iran, is a tribal peasant garment obtained in Tehran around 1970 but 80 to 100 years old. The dress is composed of numerous patched areas, due to availability of material and repair. It is made of ikat fabric, a centuries-old Malaysian dying technique.

Two silver coins are suspended from the center front embroidery as signs of wealth. One coin (ca. 1931) depicts Faisal I the first king of Iraq. The other coin is Saudi (1938) and shows a prayer on one side. The original Malaysian source of the ikat technique as well as the presence of coins from nearby Muslim territories are evidence of the far-reaching transmission of culture through textiles and clothing, most likely through the ancient silk routes of Asia, and the constant change of political and national borders in the Middle East throughout history – unified nonetheless by Islam. Such instances of dissemination elsewhere in this catalogue demonstrate the global interchanges due to trade, colonization, and other historical factors existed well before the modern era, and have accelerated in tandem with technology.