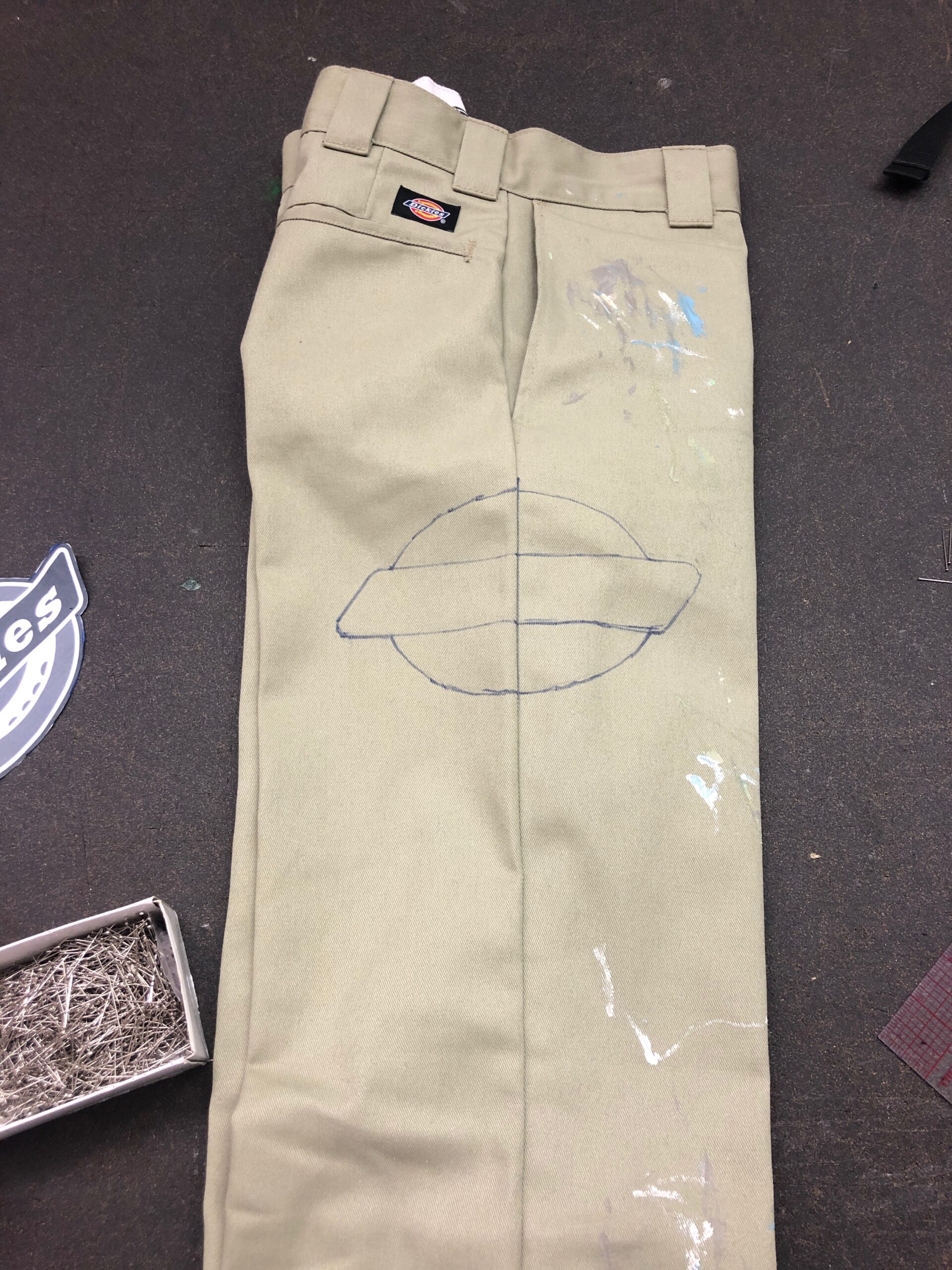 For nearly 100 years Dickies as a brand and workwear more generally have been focused almost entirely on functionality. Dickies, in particular, has gone through many stages of appropriation and re-appropriation over the years and have been claimed by various subcultures. But the way they are being worn today, in mainstream fashion, even being sold in urban outfitters, couldn’t be further from their original purpose. Barthes argues that clothing has always been a symbol, for age, profession, marital status, and that “clothing ends up absorbing the man completely”. But in today’s fashion climate everything has been flipped on its head and there’s no better example than that of the appropriation of workwear.

The wearing of working clothing through the lens of fashion and expression has become much more popular in recent years. This shift may not have a defined reason or explanation but it may encompass new attitudes towards work and leisure and the way they interact with each other in the modern world. “Mass production of clothing, urbanization, and more recently, new attitudes to work and leisure, money, and credit, may change not only our clothing but the identities they represent.”(Burman, Barbara. “Working-Class Dress.”)

Workwear as a trend has seen art school kids, like myself, Kanye West in the same Carharrt jacket as the average construction worker. I would argue the art school kids and Kanye are doing what could be seen as the opposite of the physical labor that these garments were intended for. That being said, for my final garment, I have taken a fresh pair of dickies and made them more suitable for the modern wearer, specifically to better represent the reasons that people like myself are now wearing them.

My interest was sparked when I saw a man on the subway the other day wearing a Carhartt jacket and dickies caked in layers of paint. But this is not for fashion obviously, each stroke or drop of paint on his jacket, pants, and boots happened organically, just from doing his job day after day. There is something about it that feels so effortless and it would be nearly impossible to create without it looking too artificial. Me and that guy on the subway live very different lives but wear the same pants, and we both paint, but for different reasons. So this inspired me to make my version of those paint covered pants that represents my everyday lifestyle.

Every time that I sit down to paint I use an old white t shirt that I wipe my brushes on to get off the excess paint. While doing so I am constantly rotating the shirt around, naturally creating concentrated areas of paint that have an organic stroke pattern to them, and there always seems to be balance and movement within the design that I accidentally make. I used that same method to create a similar pattern on my pair of Dickies. I selected a muted color palette of nudes, blues, and greys because I didn’t want the paint to stand out from afar and those colors blend in well with the natural tone of the pants.